Ashley has been a yogi for more than fifteen years after being introduced to yoga during college. She’s been hooked ever since and—particularly as a practicing attorney in a demanding profession—learned to utilize yoga to manage stress and anxiety through breath, movement, and community. Ashley is constantly in awe of the body’s capacity to learn, adapt, and push past established limits, the connection between the mind and movement, and the use of breath and awareness to modulate sensation and reactiveness. She has practiced yoga across Southern California in a wide variety of studios and styles, and now tries to balance a vinyasa flow practice full of inversions, arm balances, and backbends with yin and restorative yoga. 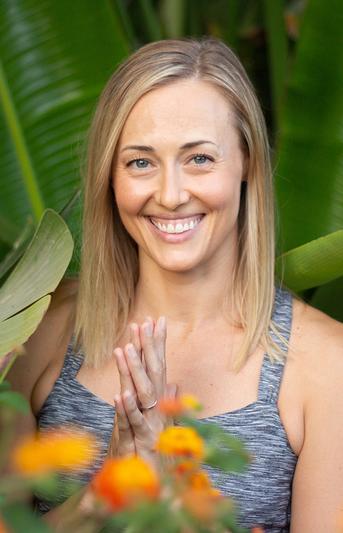 Ashley received her 200-hour certification in December 2017 as part of Vasa the Studio/Udaya Yoga's yoga teacher training program. Since then, Ashley has been assisting and teaching classes at a variety of locations in Redlands, including at Vasa the Studio and The Energy Lab. Her classes are structured around intentional sequencing emphasizing individualized alignment and awareness of the mind-body connection while encouraging students to try new things, be playful, and have fun. When she’s not practicing, assisting, or teaching yoga, Ashley loves spending time with family and friends, traveling, reading, and food and wine.