Lisa teaches many styles of yoga from Yin to Level 2/3 Power Flow.  She is known for her skilled sequencing to lead you into the tricky poses and for her amazing playlists.  Her warm smile and friendly demeanor will lift your spirits and encourage you to challenge yourself. 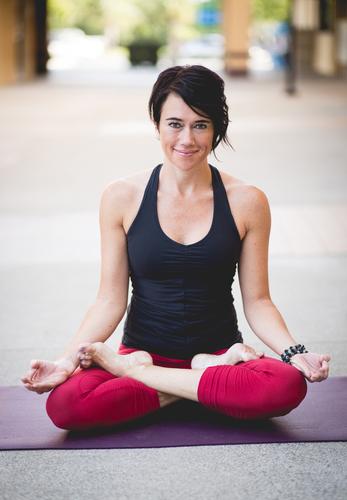 After many years of working in various Human Resource jobs and soon after completing her MBA from University of Redlands, Lisa decided to leave the corporate world and teach yoga full time.  Her love for yoga began in 2005 after experiencing the physical and mental healing effects immediately after her first class.  In 2011 she took a Leave of Absence from her job at Esri to care for her critically ill mother.  While on leave she realized that her yoga practice was the only thing keeping her sane and healthy during a very challenging time. It was then she knew she had to share the power of yoga with her community.

After spending six weeks in Bali getting certified, she returned to Redlands and began teaching right away.  In 2012 she opened a yoga clothing boutique called Vasa in downtown Redlands.  In 2014 she decided to open a studio in combination with the boutique and Vasa the Studio was established in November of that year. Above all else it is important to Lisa that Vasa be a safe and welcoming space for yogis of all experience levels.