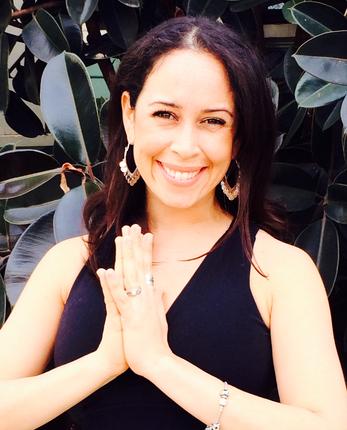 ​​Mara first came to yoga in her early 20s and has practiced regularly ever since. In 2008 her and her husband decided it was time for a drastic change, they were tired of the harsh winters in Massachusetts, and were craving to be closer to California- they decided to move to Arizona. Mara describes this move as serendipitous due to the fact that they found themselves next door to At One Yoga. At One Yoga is where Mara continued to fall in love with the practice and decided it was time to up the ante with YTT. She taught yoga to deaf individuals for a few years. After 4 years in Arizona, she and her husband realized that it was time to make the move to California. They both found employment at California School for the Deaf in Riverside and Mara found yoga in Redlands where she had the pleasure of meeting Lisa. The rest is essentially history. Mara's classes are a lot like her, full of energy, with loud music, nonstop flow, and laughter. She is a firm believer in taking yoga off the mat and always has some wit and wisdom to share with her students.