Valarie teaches throughout the Inland Empire with yoga classes ranging from beginner, meditation, Vinyasa flow, power, yin, restorative, senior citizen yoga, children’s yoga, private lessons, and more.  When she is away from her mat, you’ll likely find her rock climbing, camping, watching basketball, at a local coffee shop, hanging out with loved ones, or cooking… sometimes most of these things at once!

​​​Meet Valarie. She makes her classes approachable with upbeat playlists, a fun-loving vibe, and plenty of options to modify poses tailored to you.  Don’t be fooled though—Valarie will help you find your edge and challenge you to let go of expectation. She inspires her students to create their own personal practice and become mindfully present.

Valarie was first introduced to yoga in 2002, where she immediately learned that yoga was so much more than a physical practice. Valarie’s desire to envelop herself in a strong yoga practice only increased over the years. In 2014, she enrolled in Travis Eliot’s and Daniel Head’s 200-hour holistic yoga teacher training program. During the program, she began teaching yoga part-time while working and going to school. By late 2015, Valarie finished her MBA as well as her yoga teacher certification. After much thought, a game-plan, hard work, a year of teaching part-time, and a getaway to India, she knew that she was ready to leave her corporate job and devote herself full time to share the many benefits of yoga. 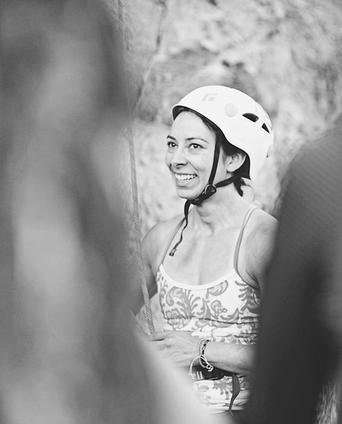